Born February 9th, 1978 in Jinan City in the Shandong Province of China, Zya Mou (牟亚) is a Chinese born Canadian based singer and worldbeat star. Known for her style of blending pop and dance with traditional Chinese music, Zya is a household name in China, with billions of plays online she is an incredibly successful artist in Asia. She is also known for her work as an actress, starring in the popular television drama Urban Business Card (都市名片).

In 1981 and 11-year-old Zya participated in a singing competition in Yantai, Shandong, her very first foray into performing. Singing Teresa Teng’s song “I Only Care About You”, Zya won the competition and shortly after was enrolled in the Shandong Yantai Art School to study singing. Later in life she also studied performance at the Shanghai Oriental Culture and Art College.

Zya began her career as an actress, and in 2002 and 2003 Zya starred in various tv dramas, such as “City Business Card”, “Gold Silk Rain”, “Brave Face”, “Walk with You”, and also the film “Twenty-Five Children One”. In 2004 she san the theme song “Enchanted” for 281 Letters, an idol musical directed by Niu Chaoyang. May 16th the next year Zya released her debut album “My Way 9+1”, officially starting her career as a solo artist.

In 2006 she launched her self-titled album “Zya” in mainland China, a mixture of pop, romance, and R&B, with hit tracks “The Mermaid Paradise” and “Love”. 2008 saw her perform the theme song “Waiting”, for the urban family drama series “The Time Difference of Couples”, directed by Sun Wei. Zya was praised for the way she conveyed dedication in the song. Later the same year Zya travelled to Las Vegas, invited to record the song “Love and Peace” for the 2008 Beijing Olympics, which she later performed live as part of the opening and closing ceremonies.

In 2010 she released her EP “Good Fun”, including two dance tracks, “Good Fun” (as per the title) and “The Secret of the Queen”. Four years later on September 17th 2014 Zya held a concert at the Heshi Theatre in Richmond, Vancouver, featuring a collection of dazzling costumes and incredible performances from Zya Mou and dancers from Vancouver’s own Harbor Dance Centre. Zya sang all of her greatest hits, including two new tracks, “Tear River” and “A Paradise of Love”. Zya finished the show with an improved version of the fan favourite “Intoxication”.

Zya appeared at 2015’s Miss World Canada, a competition to find Canada’s Representative for the global Miss World pageant. Zya was a part of the panel of judges and performed a live rendition of her song “Intoxication.”

In 2015 she released a self titled EP, Zya, featuring updated versions of several of her best tracks and marketed towards western audiences, the start of her appearance on the international stage. Continuing this trend 2018 saw her release “Shake The Ground”, an amazing dance and worldbeat track showing off a new direction for the artist, moving into EDM, but still holding her roots in worldbeat.

In 16 years of hard work and dedication Zya Mou has established herself as an amazing and skilled artist, and now with her triumphant entrance into the Western music scene, she can only go up from here. 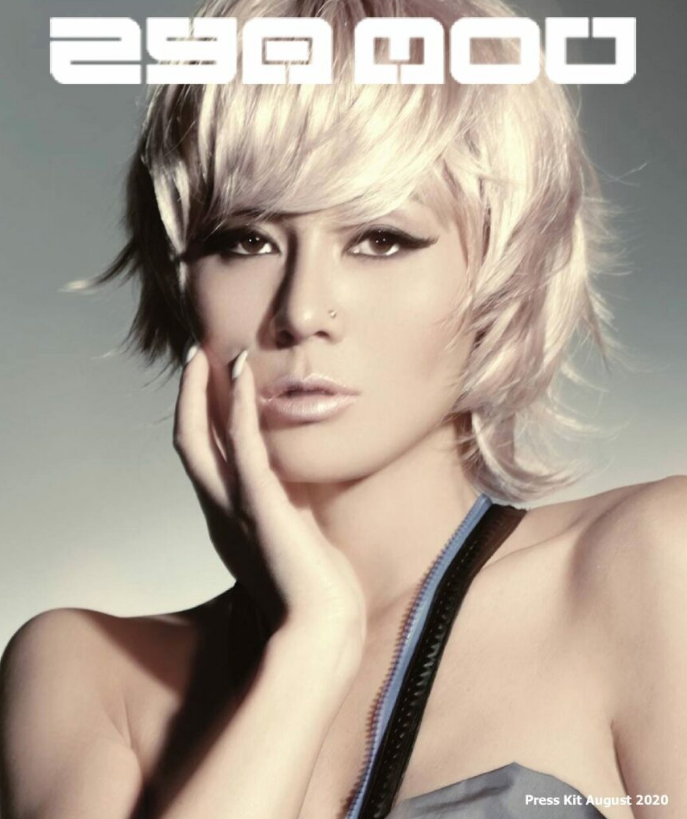